Francis Hallé Association for a Primary Forest in Europe

Francis Hallé, a French Botanist and Biologist who specialises in trees and tropical forests, initiated a large-scale project through the Francis Hallé Association for Primary Forest at the beginning of 2019. He quietly addressed this subject at the Night of the Trees, in July in Paris, but the project is well and truly underway… 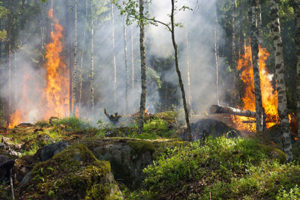 The urgency and appropriateness of this project is all the more eloquent in the face of the many fires that have recently ravaged the Primary Forests of the Amazon, Africa and other forests in the Mediterranean. But, in fact, international debates have been constantly discussing the subject of deforestation, including the ‘summits of the earth’ as early as 1972 in Stockholm, then in Nairobi in 1982 and then at the United Nations Conference on the Environment and Rio in 1992, GIEC… Etc.
Nevertheless, forests continue to disappear around the world. We are sadly witnessing the loss of the world’s largest wild forests and their associated flora and fauna.

The debate carries on today on the influence of this damage on CO2 emission for the rest of the world. But nevertheless, it is an immeasurable loss in terms of natural, fauna, floristic but also cultural and medical world heritage.

In a very long-term approach, the Francis Hallé association has high-key objectives, including:

<<- To contribute to the preservation, defense, knowledge, development and rebirth of Primary Forests around the world;
– To encourage, at national and international level, the mobilisation of this essential resource for the benefit of biodiversity and an inner equilibrium of life on our planet;
– To create all the conditions to pass on to future generations new natural ‘commons goods’ that have been restored and sustainable, etc.>>

Many scientists, forest experts, botanists, naturalists and other professionals and individuals are already supporting this initiative.

If you are interested in this project to rebuild a Primary Forest in Europe, you can also join the action by contacting:

CARACTERISTICS OF A PRIMARY FOREST

Video by Francis Hallé (you may change settings for English subtitles on the right hand side menu of the original video):

Thus, not all ancient forests are primary. They are said to be secondary when forests, that were once destroyed or degraded, or significantly modified or exploited by man have long been regenerated.

In addition, many so-called virgin Primary Forests retain some vestiges of human occupation. From Primary Forest to a forest with a high degree of naturalness but domesticated and transformed :

‘a forest that feeds, cares for’ in the words of Genevieve Michon in the study of vernacular agroforestry: ‘The last tropical forests represent the earth’s most biodiversity-rich ecosystem, home to more than 70% of the world’s species found on emerged land… Their disappearance will lead to the disappearance of large mammals as well as that of thousands of species of plants…’ ‘like a dive into an original matrix, warm, moist, fragrant, enveloping…‘ ‘the characteristic features of ancient forests: majestic trees, loose shrub undergrowth and a powerful impression of a plant cathedral…’ 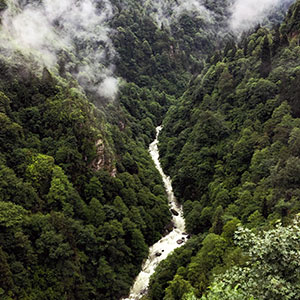 Water: essential component generated by and for trees – Photo by Arin Turkay

‘The gaseous substances emitted by trees, volatile organic components, undergo photochemical condensation under the effect of light and then act as cloud condensation nuclei. It is not the moving air masses that are at the origin of the hydrological cycle, but rather changes in the phase of water in the atmosphere over forests that cause the movement of air masses.’ (b)

The association ASTE also points out: ‘Forests have a fundamental role at the global level in their relationship with water. Trees are mediators of atmospheric and geospheric influences… The Primary Forest is an assortment of multiple species of trees of different maximum sizes, living in symbiosis. Rather, we should talk about biocenosis involving low-lying plants, game, birds and soil microorganisms’ (c)

The forests that make up today’s Europe are gardened, planted forests. Largely transformed by rural use and logging (often in monoculture), they are totally degraded and impoverished…

The naturalness of forests… 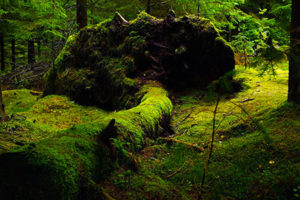 A symposium (Chambéry, 2008 in France) discussed biodiversity management, naturalness in forest management: ‘What is naturalness?

The originality of a forest ecosystem is to be linked to four characteristics:
– Its strong biodiversity…
– Its specific organisation in landscapes, habitats, micro-habitats… organisation that seems inseparable from its disorganisation, hence the crucial role of storms and dead wood for example;
– Its complexity of operation by disturbance, by flow of people, flow of materials, trophic and biogeochemical relationships…
– Its spontaneity that leads a natural forest ecosystem to self-produce, self-regenerate, self-regulate, self-de-organise.‘ (D)

Francis Hallé’s project aims to reconcile humanity with its environment, with its planet. He explains: ‘This project is the exact opposite of the disproportionate demands of a predatory economy that depletes our planet’s natural resources, disrupts eco-systems and climates and destroys our own living environment’

WHERE ARE THE PRIMARY FORESTS IN THE WORLD?

All world Primary Forests are threatened with extinction.

Francis Hallé points out that the Primary Forest has all but disappeared in Europe and has disappeared from France since 1850.
And while some countries are making an effort to rebuild a free-standing nature, the only Primary Forest that persists in Europe is in Poland, in Bielowiecza, but this forest is now also being exploited.

Where are the world’s major Primary Forests?

Main temperate Primary Forests are located in Patagonia (Chile and Argentina), Tasmania (Australia), Washington State (USA) and British Columbia (Canada).
In Europe, only a few massifs remain, such as those in Białowieża in Poland and Belarus, Perućica in Bosnia-Herzegovina or in the far north of Scandinavia and Russia or on the reliefs of Romania as well as parts of the Madeira laurel forest.

THE PRIMARY FOREST PROJECT IN EUROPE IN PRACTICE:

How to restore a large Primary Forest in Western Europe?

The project is major because it involves creating a buffer zone left in free evolution, crossing several countries of Europe and France in particular.

It is a question of a minimum of 60,000 hectares to accommodate the large fauna. This major project’s outcome would perhaps only be reached in 10 centuries, but it would restore a true natural heritage as it could have been without human intervention.

The land issue is important. It requires the awareness of a Common Good for all; an untouched natural space as an imperative for the continuity of life on earth. The natural ecosystem could regenerate autonomously without any intervention, by a spontaneous transformation of nature in balance with the natural conditions of the environment.

The idea is also to help develop a dynamic of other similar projects linked together by setting up ecological corridors forming a network.

A PROJECT WITH SEVERAL AMBITIONS:

Goal 1: to preserve our vital environment!

The project aims at:

– Contributing to act against climate change: the size of a large forest would be a major source of decarbonation.
– To allow the free development of an important bio-diversity reserve both wildlife and floristic specific to ancient forests.
– Improving water quality.
– Gradually redeploying a continuity of wild forests in Europe.

F.Hallé wishes that this forest can give rise to the development of scientific research in biology, botany, pharmacology… as well as in the rainforest.

Sensitive to a certain balance between Art and Science, F.Hallé projects artistic practices.

Educational and discovery activities (conferences, exhibitions, etc.) with the general public would focus on respect for soils, natural spaces, flora and fauna.

Making evolve the Law for Nature.

The project coincides with other views expressed on the need for legal evolution in the defense of Nature, as a subject of law.

You may listen on this subject, the lectures of Valérie Cabanes, French lawyer : 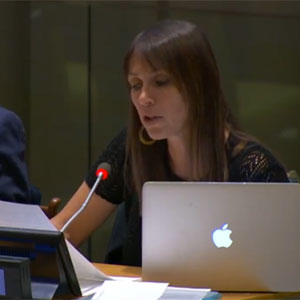 Click on the image on the left to listen to her speech at the General Assembly on Harmony with Nature during the commemoration of International Mother Earth Day on 22 Apr 2019, in New York.

In the same period, a Declaration of Tree Rights was also introduced by the association A.R.B.R.E.S, at the French National Assembly in April 2019.

Passing on a natural heritage to future generations!

The time required to create a Primary Forest (over a centuries-old space-time) constitutes a message of solidarity around this free nature. It is also inseparable of the history of humanity on earth and its culture.